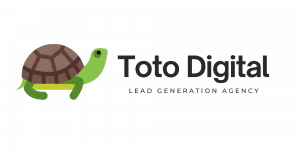 In today’s blog post we have Thomas Eder of Sawgrass Digital Marketing here to tell us about the explosion of mobile in the world of SEO, why most businesses are not optimized for mobile, and why you might be missing out on as much as 60% of your niches search engine traffic.

He also explains why a page one ranking isn’t enough, and how you can increase your number of clicks and calls by optimizing for the local pack.

Let me ask you a question…

When was the last time you used your mobile phone to search for something online?

You might have been standing in line at a Starbucks or walking across a parking lot to your car.

You could have been running errands or trying to find the nearest grocery store. Or maybe you were simply browsing the web in search of a new dentist or family doctor.

Whatever the reason, reaching for a smartphone to find and evaluate local products and services on the go has become somewhat of an after-thought for consumers in 2016.

It’s automatic, and it just works.

There’s even a phrase to describe it.

A recent report from Search Engine Land noted that nearly 60% of all search queries are now coming from mobile devices. People are searching for information 24/7, and they’re doing it on the go.

The increase in mobile search volume might sound like a big positive for local small business, but the reality of the situation is that most small businesses aren’t properly positioned online to take advantage of this emerging user behavior. So poorly placed, in fact, that they may be giving away as much as 60% of their niches search traffic to the competition.

Today I’m going to cover why mobile is the new king of search, why you may not be getting the traffic you desire (even if you are ranked on page 1) and what you can do about it.

So let’s dive in!

The SERP is always evolving Search engines like Google have made it their mission to improve the quality and relevance of their search results year after year. Google wants you to find what you’re looking for without having to scroll through a load of irrelevant search results.

They want to serve you a quality SERP or “search engine ranking page” (i.e. the top 10 results per page) that gets you from question to answer in record time.

In the case of mobile users, Google has responded to the massive influx of mobile searches by modifying the SERP to not only look different but behave differently on a mobile device. Google has given preferential placement to businesses that have an optimized mobile browsing experience; amongst some other factors.

Google giving preferred status to websites with mobile optimized websites is an effort to produce a better or more fruitful user experience for mobile phone users, which are now recognized as the clear majority when compared to desktop users.

We’ll cover these changes in detail in the next section. A recent report from Search Engine Land noted that nearly 60% of all search queries are now coming from mobile devices. That’s a staggering shift in user behavior and one you may have seen coming, but maybe not this soon.

As I mentioned previously, the reality of the situation is that most small businesses aren’t prepared to accommodate this shift in user behavior and might be missing out on as much as 60% of the search traffic within their niche.

I’ll put it this way, if you owned a local store and had the opportunity to move to a neighbourhood that had 60% more foot traffic you’d probably move in a heartbeat, right?

I know there are other factors involved in that decision, but it serves to illustrate my point.

If SEO is all about visibility and you are only 40% visible, you have a problem.

So let’s take a look at what’s changed and how you can adapt and benefit as a small business. It’s important to consider “searcher intent” in the case of mobile. When a person is browsing the internet their choice of device says a lot about their intent. Mobile users often have a particular purpose behind their searches that you don’t commonly see with desktop users.

Mobile users are typically trying to find something specific, and they want to find it now. Wanting immediate answers doesn’t signal impatience, but it does indicate a more focused “searcher intent.” Mobile searchers are using search engines for a much different purpose than desktop users.

For instance, desktop visits have been shown to last three times longer than mobile visits. Desktop users are more engaged than mobile users because they are happy to sit and browse in front of a laptop or desktop computer. They take their time searching, reading, watching, and evaluating the information they come across because they aren’t on the go or in urgent need of information.

Conversely, mobile users want to get from A to B as quickly as possible. It’s not uncommon for a mobile user to be searching for a phone number, address, or quick list of options when browsing. It’s because they’re on the go and are browsing with a much different intent than their desktop counterparts.

For example, if what you were searching for in my opening example was a local product or service I’m willing to bet you tapped on one of the three “map pack” or local pack results at the top of the page on your smartphone. These local pack results clearly display the crucial pieces of information a mobile user is after, like phone numbers, addresses, and directions. It’s also unlikely you scrolled past the top 5 results into the area “below the fold” which is an old newspaper term.

So why are “above the fold” rankings important to mobile? Well, it’s all about screen real-estate and an ever-improving Google algorithm. Advertisements, images, rich snippets and other added bits of info have all been encroaching on the SERP for years, leaving less and less physical screen space for the actual search results.

Also, users are finding what they need faster without having to scroll further down the page. Meaning the current traffic sweet spot for a local business is a top 5 mobile ranking. It’s where you’ll get the most visibility and as a direct result, the most clicks.

SEO or search engine optimization is all about visibility, and the manner in which that visibility is attained is changing rapidly. People aren’t using search engines like they used to, and this has its implications for local businesses. Having a website that ranks well within the mobile search results isn’t a luxury anymore, it’s a necessity if you wish to succeed with your online marketing.

Two notable changes occurred within the Google algorithm in 2015 and businesses are still playing catch-up. The first is commonly referred to as Mobilepocalypse, a slightly dramatic label but a significant change none the less. On April 21, 2015, Google made a change to the mobile algorithm that favoured websites they considered to be “mobile-friendly.”

You can check if your website is mobile friendly using Google’s free Mobile-Friendly Test.

In short, websites that weren’t optimized for mobile browsing were going to take a ranking hit. Google didn’t indicate how bad the hit would be but noted that the change would bring about a significant shuffling of the SERP. This update is over a year old, and the dust has mostly settled but when combined with the recent research indicating mobile’s majority share of all search queries it’s undoubtedly reinforced the importance of a mobile-friendly website.

Along with significant mobile-friendly updates to your site, I’d suggest focusing on other important on-site metrics like bounce rate and session length. Google takes user behavior into account when ranking sites and a mobile site with a low bounce rate is a sure-fire indicator of quality content that’s satisfied the user’s query. It’s all quite straightforward if you look at the intention behind the changes. Provide a quality browsing experience for all subsets of your niche, i.e. desktop + mobile, and Google will reward you with preferential placement within the SERP.

The second change was the reduction of the local pack or “map pack”.

On August 6, 2015, Google reduced the grouping of local map results from seven to three slashing the available positions by more than 50%. Businesses in the #4 or #5 position that previously received a significant number of visits and phone calls from their “map pack” ranking took a noticeable hit overnight. The phones stopped ringing, and they were left relying on their organic rankings. The local pack is by far the best position for a local business within search, and when combined with organic rankings it creates a powerful hold over the SERP that is sure to influence consumers and increase clicks and calls. To touch on the importance of a top 5 or “above the fold” ranking let’s look at click-through-rates for the various ranking positions. The data used is from an older but highly respected CTR study performed by Moz.com in 2014.

Moz found that 71.33% of all searches resulted in a page one click, which is bad news for anyone ranking on page 2 or higher. But here’s the real eye-opener, the CTR distribution on page one is anything but linear and is heavily skewed towards the top 5 results “above the fold”.

These search results accounted for 67.6% of all clicks, and the results from 6-10 only accounted for 3.73%. Even more eye-opening were the individual CTR’s for the top 5 positions noted below (1-5):

The numbers above make a strong argument for a top 5 if not a top 3 ranking goal, ideally shooting for that #1 position much like Coronation Internet Marketing does for the search term Vancouver SEO.

A page one ranking is usually a sought after goal for any local business but as you can see it doesn’t tell the whole story, and you might be shortchanging yourself by not reaching for that top 5 position.

Keep in mind, these stats represent the CTR for the organic search results and not the local or map pack results which likely have a higher mobile CTR due to their position above the organic results in the SERP.

I would also argue that mobile users are more inclined to click the local pack results over the regular organic results because they provide the info mobile users are often searching for like phone numbers and directions which will also contribute to a greater CTR.

If you’re a local business owner looking to increase the traffic to your website with search engine optimization, you must ensure that you aren’t forgoing the largest part of your niche. Mobile users now account for the majority of all search traffic online, and that number is sure to grow.

Thomas Eder is the Founder of Sawgrass Digital Marketing a traffic and conversions focused digital marketing agency. He posts resources and content for marketers on his Facebook page. You can also find him on twitter @thom_eder and YouTube.